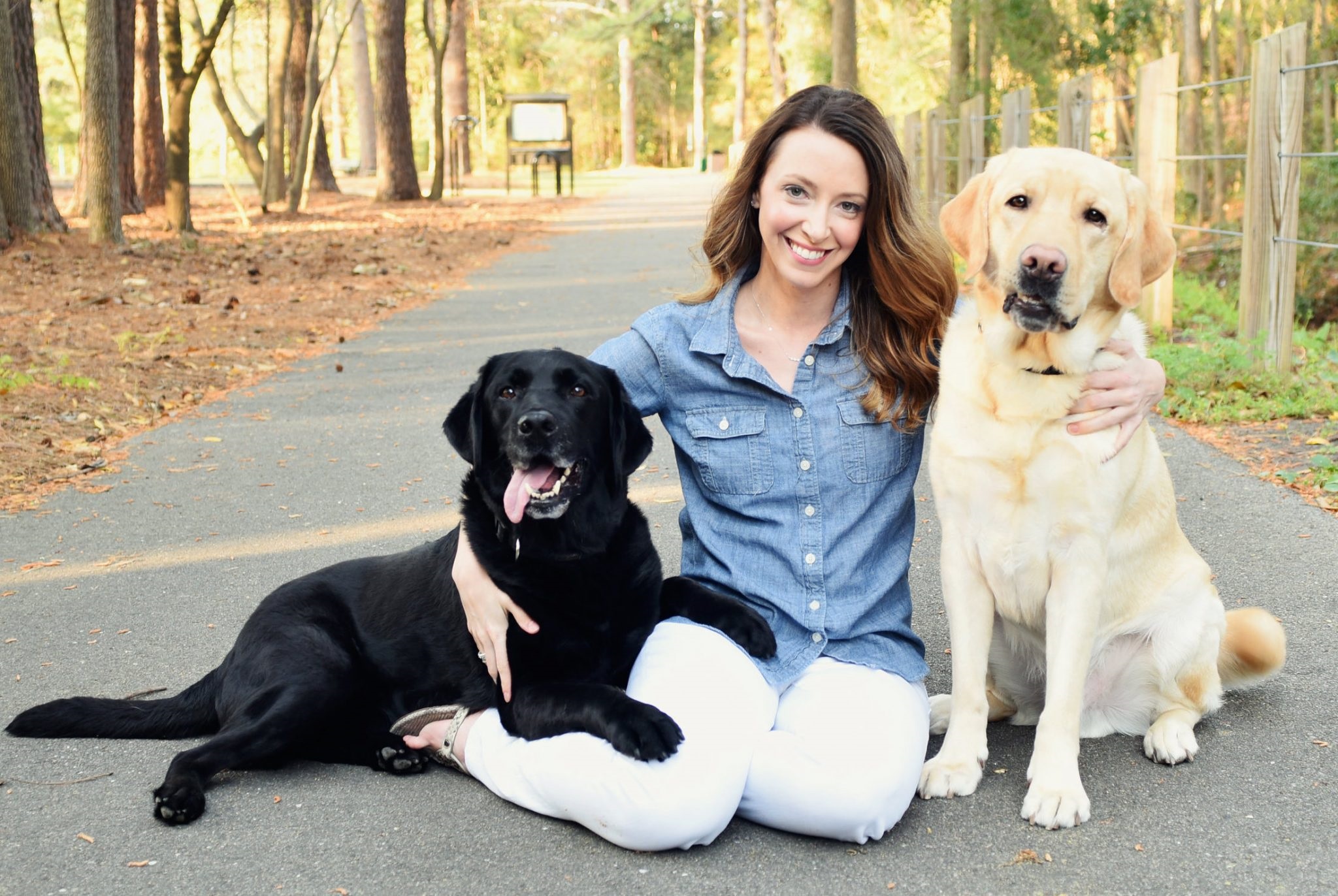 Kyria Henry Whisenhunt was raised with her father’s German Shepherds, and successfully convinced her family to “cross-over” to the Golden Retriever breed, receiving her first puppy when she was 10 years old. Since that time, Kyria has been enveloped in the world of dog training, dabbling in disciplines such as advanced obedience, agility, rally, behavior modification, and scent work; but her true love and expertise is Assistance Dogs.

Kyria founded paws4people in 1999. During middle school, high school, and college, Kyria worked with her certified Therapeutic Facility and Educational Facility Dogs in nursing homes, hospitals, and special education classrooms. Kyria graduated from West Virginia University summa cum laude from the Honors College with Bachelor’s Degree in Business Administration, Religious Studies, and Speech Pathology and Audiology, with a specialization in Disability Studies. She then attended Bergin University of Canine Studies, earning a certification in Service Dog Education. While managing multiple Assistance Dog Training Programs, Kyria completed a Master’s Degree from Liberty University in Human Services-Marriage and Family Counseling, during which she assisted in the development of cutting-edge utilization of Psychiatric Medical Alert Assistance Dogs as adjunct therapeutic interventions within Cognitive Behavioral Therapy and Exposure Therapy techniques.

Kyria was a 2010 Glamour Magainze Woman of the Year finalist; the winner of the 2011 IKEA Life Improvement contest; the winner of WILMA Magazine’s Women to Watch in 2014; the National Points of Light award in 2015; and the 2017 Coastal Entrepreneur Award – Non-profit in 2017.

Kyria serves as Executive Director of paws4people. She is the Program Director and Instructor of the University of North Carolina Wilmington Assistance Dog Training Program, the first and only comprehensive Assistance Dog academic certificate program at a state university. She has also served as an adjunct faculty member of the University of North Carolina Chapel Hill School of Medicine, Department of Psychiatry. Most importantly, she is mom to her Ambassador Assistance Dog, WYATT, and her Scent Detection Facility Dog In-Training, HOBBS. 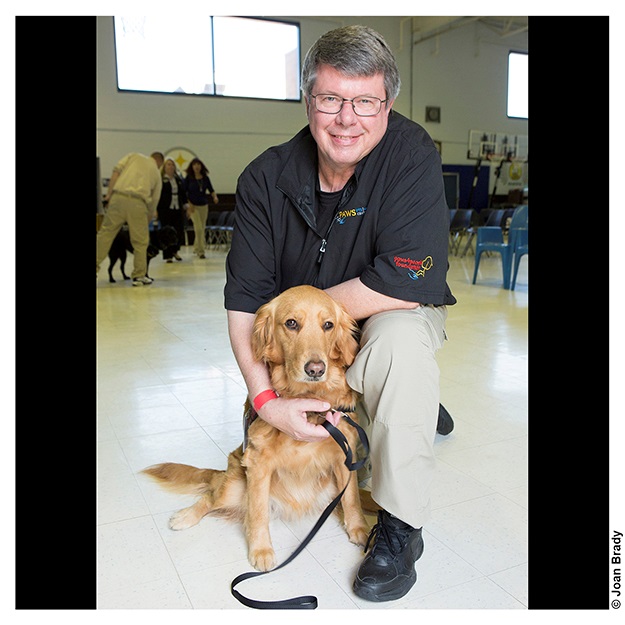 Terry began training dogs over forty years ago. His early focus was with German Shepherds and advanced obedience training. In the late 1990s he was introduced to Golden Retrievers and quickly fell in love with the breed. Terry served in the Military from 1972 to 1977 and from 1979 to 1987. 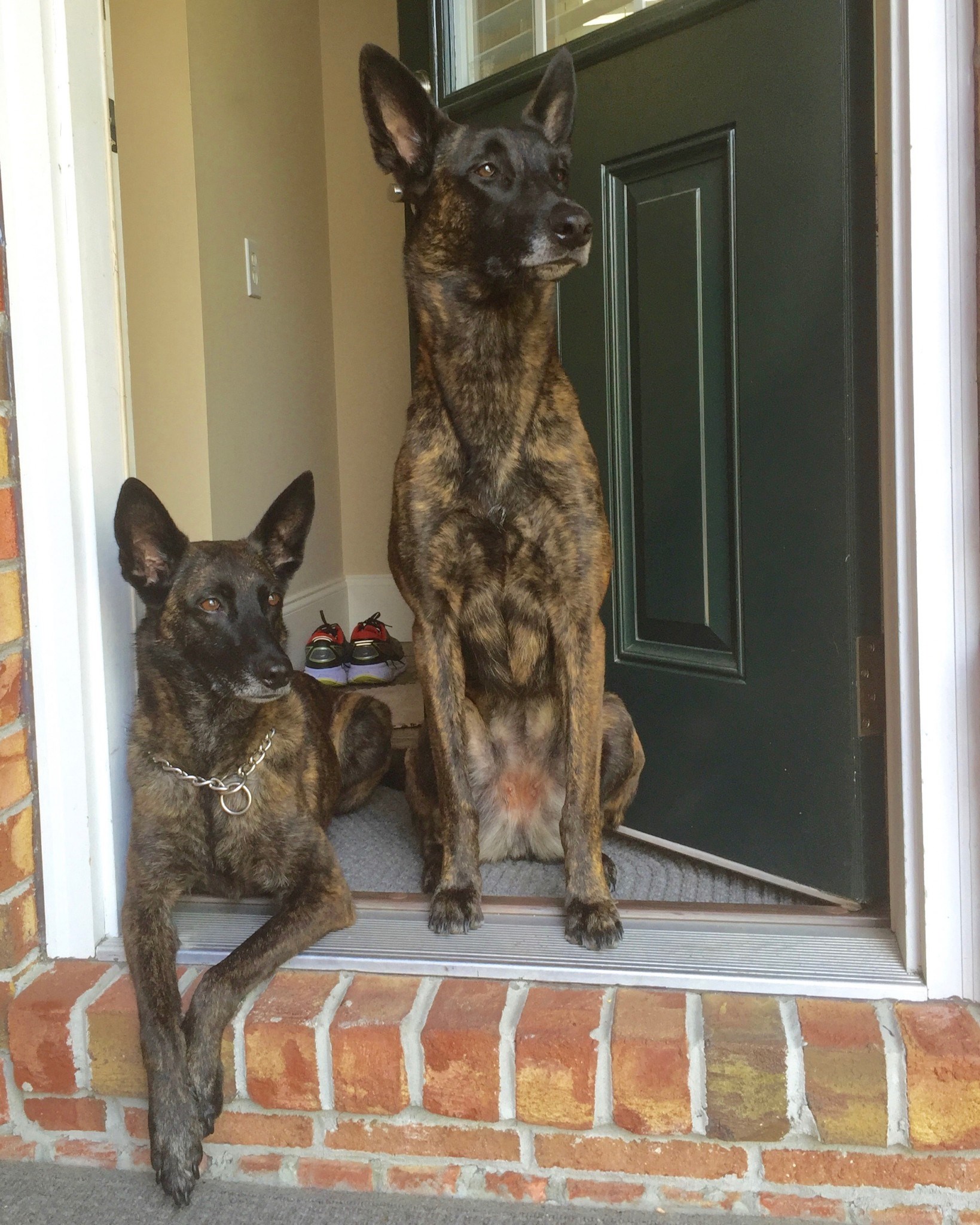 Mark P. George was born in Dothan, Alabama on 14 June 1976 and grew up in Panama City, Florida. He graduated from Chipola Junior College in 1996 with an A.A. in Business Administration and transferred to Florida State University to pursue a B.S. degree in Finance and Real Estate.

In 1999, upon graduation from Florida State University, LtCol George was commissioned through the Officer Candidate Course and in August reported to The Basic School. He graduated The Basic School in March of the following year. July 2000, after graduating Combat Engineers Officer’s Course, LtCol George was assigned to 8th Engineer Support Battalion, Camp Lejeune, NC. Immediately upon check-in he was reassigned to Weapons Training Battalion for duty as a range officer as a part of the Fleet Assistance Program. In February 2001, LtCol George returned to 8th Engineer Support Battalion where he held multiple billets to include Platoon Commander, Assistant Logistics Officer and Company Executive Officer. He participated in multiple Joint Task Force Six deployments to Las Vegas, New Mexico and Tampa, Florida. He deployed to Trinidad, Bolivia as the Assistant Officer in Charge and Demolitions Instructor for Riverine Training Team 4-01. From January to May 2003, LtCol George deployed to Kuwait and Iraq in support of Operation Iraqi Freedom. July 2003, LtCol George was transferred to II Marine Expeditionary Force, Special Operations Training Group, Camp Lejeune, NC for duty as the Officer in Charge of Small Craft Training Branch, International Training Branch, Non-Lethal Weapons Training Branch and as Assistant Operations Officer. During his tenure with SOTG, he made numerous deployments as Assistant Officer in Charge and Officer in Charge of Riverine Training Teams and Landing Attack and Subsequent Operation Teams throughout Colombia and Bolivia. From July 2006 until May 2007, LtCol George attended Expeditionary Warfare School (EWS) Quantico, Va. Upon completion of EWS, LtCol George was assigned to the Jungle Warfare Training Center, 3d Marine Division where he served as Assistant Officer-in-Charge, Officer-in-Charge as well as Camp Commander for Camp Gonsalves until May 2008. From May 2008 to Jun 2011, LtCol George served with Marine Special Operations Command (MARSOC) and deployed to Afghanistan with the Combined Joint Special Operations Task Force Afghanistan in 2009. LtCol George served in multiple billets while at MARSOC, ultimately as Commander, Headquarters Company, Marine Special Operations Command Support Group. LtCol George served as the Operations Officer and Executive Officer, 2d Combat Engineer Battalion, from July 2012 to Jul 2015 and deployed in support of Operation Enduring Freedom 12.2. From Jul of 2015 to Jul 2017, LtCol George served as the OIC for the Defeat the Device Branch, Marine Corps Engineer School. LtCol George is currently serving as the Operations Officer for the Marine Raider Support Group, Marine Special Operations Command. LtCol George is a graduate of the Basic Airborne Course, High Risk Personnel Course, Surveillance Detection/Evasive Driving Course at the Bill Scott Raceway, Expeditionary Warfare School (Resident), and Marine Special Operations Advisor Course, Class 1-08, and the Army’s Command and General Staff College. His personal decorations include the Meritorious Service Medal with Gold Star, Joint Commendation Medal, Navy and Marine Corps Commendation Medal with Gold Star, the Navy and Marine Corps Achievement Medal with Gold Star, and the Combat Action Ribbon. He was promoted to his present grade on 1 October 2016. His hobbies include offshore fishing, hunting, and travel. LtCol George is married. He and his wife, along with their two Dutch shepherds, currently reside in North Carolina. 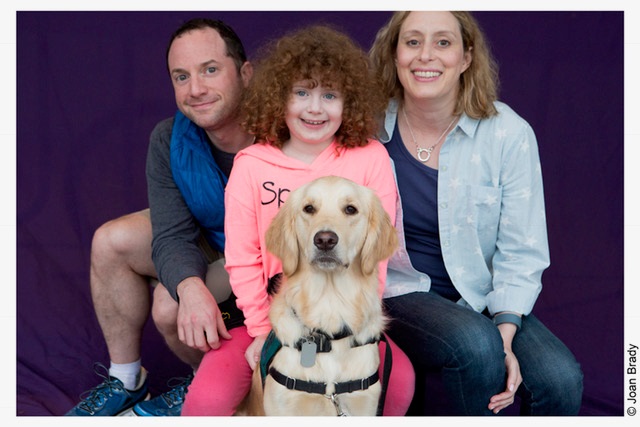 Jonathan Peskoﬀ has more than 20 years of experience maximizing value and guiding organizational growth for companies as a senior investment banker, venture capitalist and as an individual investor.

Mr. Peskoﬀ was a Managing Director and group head of the financial services mergers and acquisitions group at FBR Capital Markets for more than 11 years. Prior to joining FBR, Mr. Peskoﬀ was a General Partner at NextPoint Partners, an early stage venture capital firm focusing on infrastructure software, financial technology, and telecom software/services. Mr. Peskoﬀ previously served as a Vice President in the technology group at Credit Suisse First Boston and spent eight years in investment banking at UBS Warburg and Friedman, Billings, Ramsey and Company, Inc. During his career, Mr. Peskoﬀ has worked with technology and telecom companies, banks, thrifts and non‐bank financial institutions, including mortgage lenders, consumer finance companies, home builders, commercial finance companies and specialty lenders such as business development companies and REITs. Mr. Peskoﬀ has advised on over $30 billion in merger and acquisition assignments and has raised over $15 billion in public and private capital. Jonathan holds a BS in Finance from the University of Southern California. 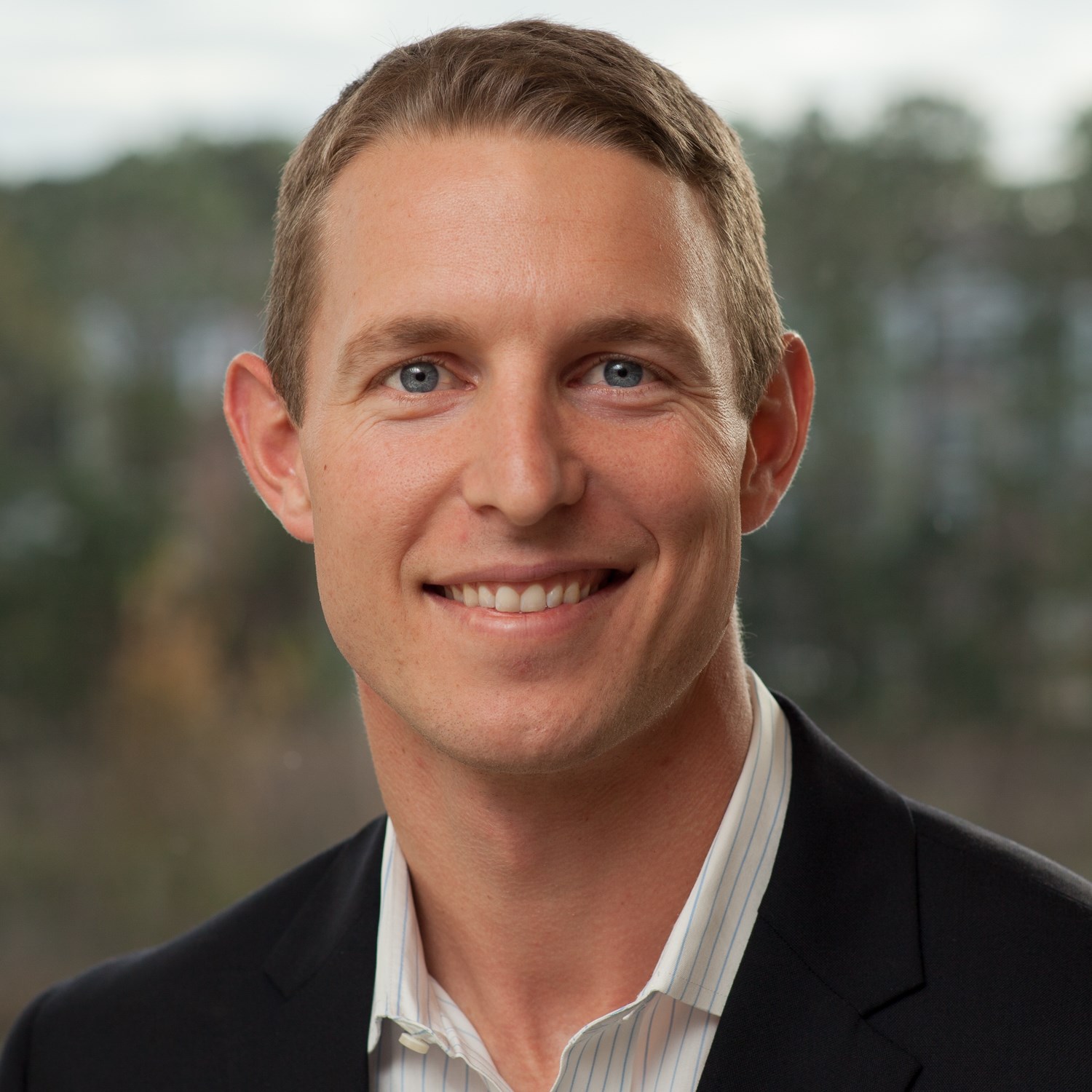 Will Cameron is from Wilmington, NC and received a B.S. degree in Business Administration from the University of North Carolina at Chapel Hill.

More About Will Cameron

He has worked in investment banking, private equity, and served in the United States Marine Corps.  Will is currently a Senior Vice President at nCino, Inc. where he manages the company’s business with community and regional financial institutions in the U.S. 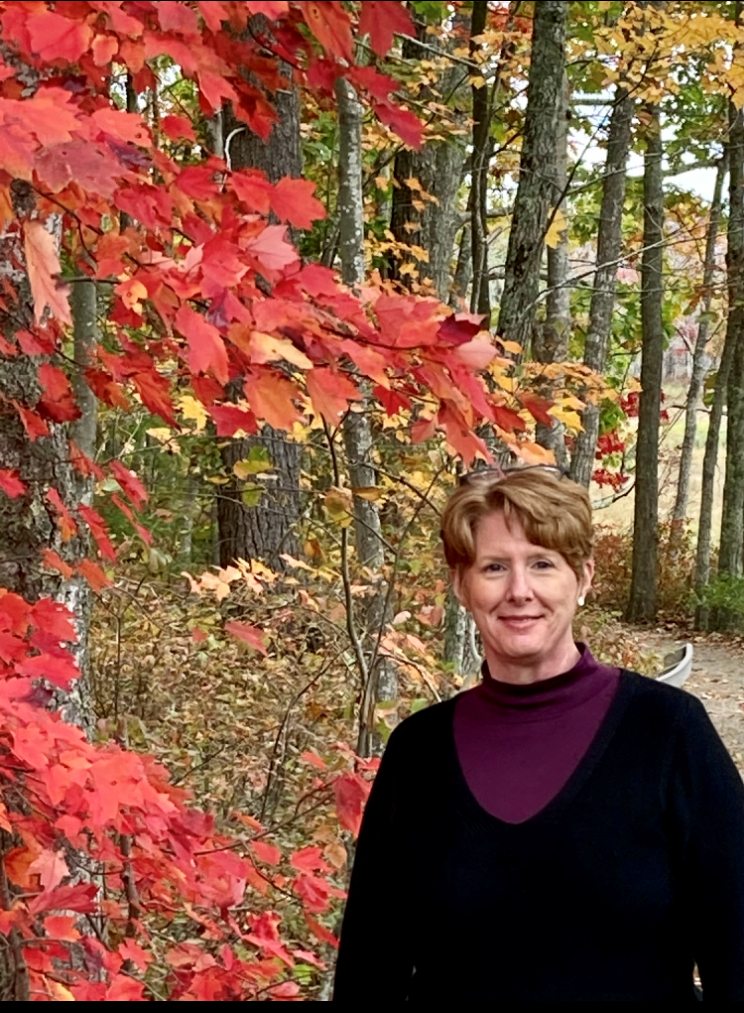 Donna Shiro is a six-year volunteer with paws4people and has been involved with the Derby4Dogs Charity event as well as providing tours of ADDIE’S Way and interviewing new volunteers and placing them where they fit within the organization.

In addition to her work with paws4people, Donna has been involved in the Wilmington Downtown Rotary Club since 1989. She was the third female inducted into the club of over 200 people and has served as club secretary (1992-1993) and club president (2006-2007), co-chaired the club’s Legacy Project, served as fundraising chair and numerous other committees through the years.

Donna was born in Kinston, NC, attended UNC-CH where she received a BS in Industrial Relations, then married and moved to Wilmington in 1989. Donna and her husband, Brian, have two children, Zack and Alexis, who were born and raised in Wilmington. As her children were growing up, Donna was very involved in PTA every year while her children were in school, serving as treasurer, secretary and president. She received volunteer of the year two times.

Donna enjoys traveling with her husband, walking, reading and getting to know new people. 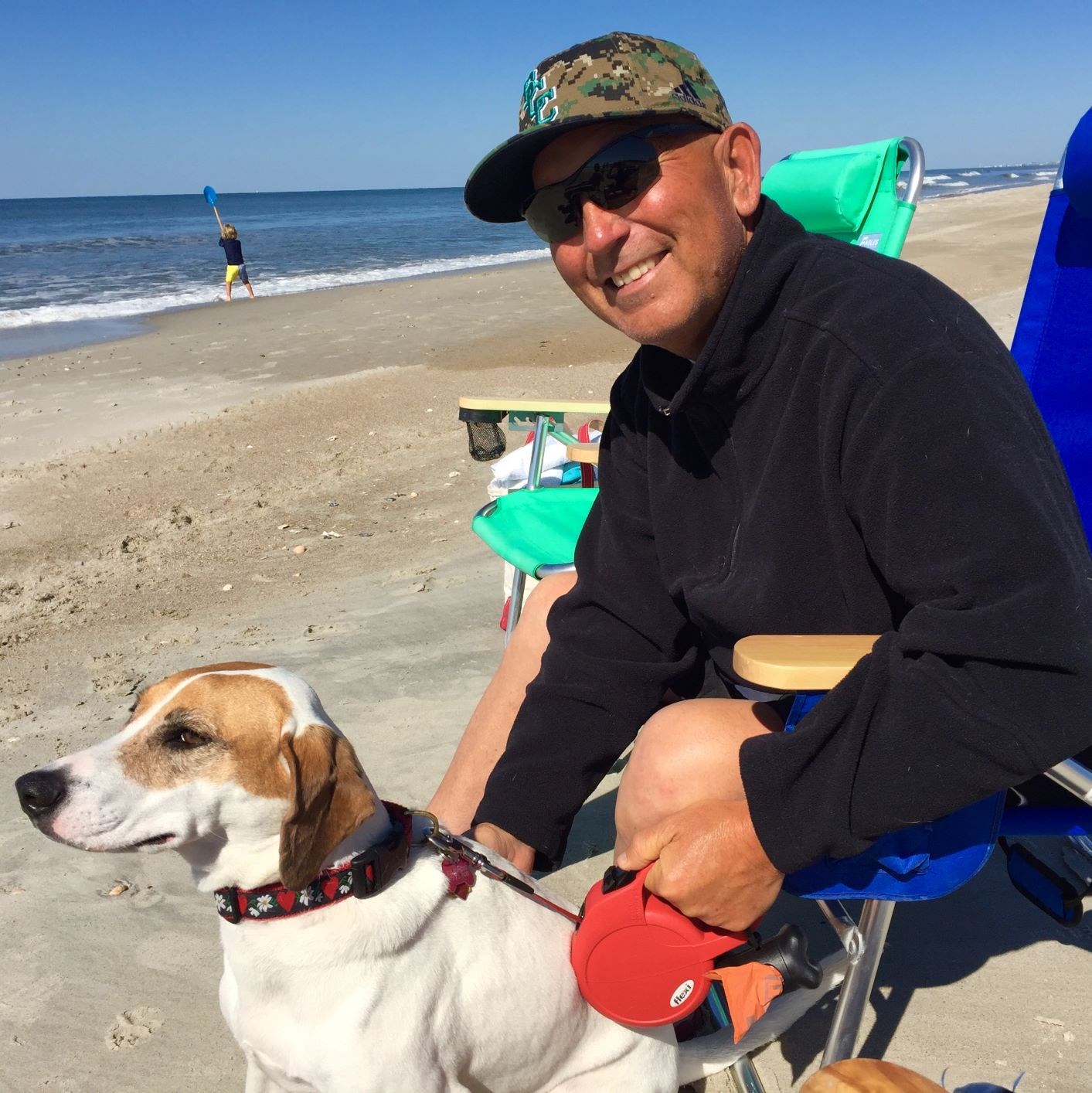 Prior to his transition to organizational consulting, George worked for 30 years at the Colgate Palmolive Company in diversified global roles including product development, technology, engineering and supply chain management, business integration and innovation. George holds a Ph.D. in Chemistry from the University of Pennsylvania.